Finding the trust Recommended reason: 1180 kilometers from Tianjin to Shanghai, the speed is about 90, and the engine speed is 1100-1200 rpm. This way, it can always be reached within the company's prescribed time. It has never been fined because of overtime, and the fuel consumption is 100 kilometers. Very low.

The peak of Christmas logistics has not yet receded. The shopping festival of New Year's Day, New Year's Eve, etc., and a big wave of shopping seasons are coming. The pickpocket party seems to never tire of shopping, shopping or shopping. At the same time, are you expecting the same day delivery? 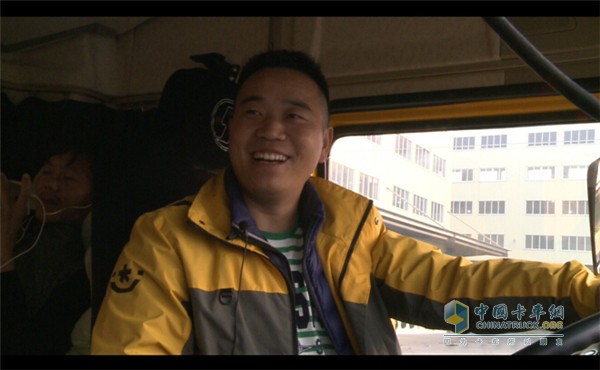 In the past two years, e-commerce shopping is no longer a price battle, and the efficiency behind it has become the key to success. The user's requirement is the pursuit of express logistics companies. As the most important transportation tool, the correct choice of truck has become the killer of express delivery companies. The reporter of China Truck Network encountered a driver Yang Zhenbao of Shanghai Yunda express transportation during the visit. Through communication with Yang Zhenbao, he experienced the wheels behind the express logistics.

When the China Truck Network reporter met Yang Zhenbao, just at the end of the year's peak transportation period, he drove a new Pearl of Shaanxi Auto Cummins Express to and fro on the way from Tianjin to Shanghai almost every day, competing against each other for second-second cargo transportation.

â€œAlmost the evening when I arrived at the Yunda Express Tianjin Distribution Center, I was always ready to go to the market and it was possible to set off at more than two in the morning.â€ Yang Zhenbao told the China Truck Network reporter that he was already accustomed to this pace of life.

Yang Zhenbao, who has just been in the company for years, has been engaged in express transportation for several years. In his opinion, the e-commerce war is a test for every express delivery company, and only efficient, fuel-efficient and reliable express vehicles can cope with it. In Yunda Express, Yang Zhenbao had contacted many brands of trucks. The new Pearl of Shaanxi Automobile's Cummins Express, which he is now driving, has just started less than six months and is fighting with him side by side to withstand the e-commerce peak test.

Yang Zhenbao was very satisfied with the SAIC Cummins. "We do express delivery, high-speed, full-speed, in fact, it requires a bit, efficient fuel-efficient, from Tianjin to Shanghai 1180 kilometers, my speed is about 90, the engine speed is 1100-1200 rpm, this way down, always within the time required by the company We have never been fined because of overtime.â€ Yang Zhenbao told the China Truck Network reporter that Yunda Express now has a higher and higher rate of punctuality for driverâ€™s transportation, and the assessment is also very strict. After Shaanxi Automobileâ€™s Cummins started, they never worry about it again. This matter. 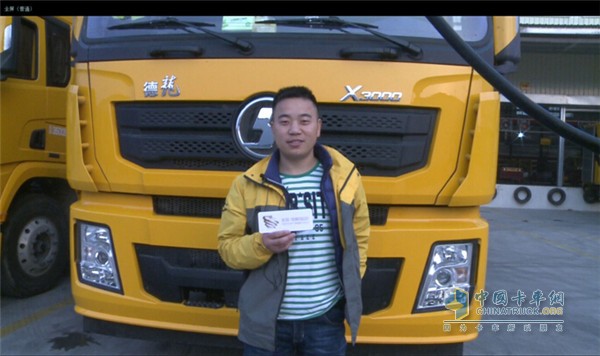 The reason why Shaanxi Zhenming Cummins, driven by Yang Zhenbao, has achieved such a good performance, thanks to the mature matching of "A Cummins high-torque engine + Fast 16-speed AMT gearbox + Hanford's small speed ratio matching" to ensure outstanding performance of the entire vehicle. In particular, the ISM11 engine with matching power and modular design has a B10 design life of up to 2 million kilometers, easily achieving over one million kilometers without major repairs, and key assemblies (including cylinders, cylinder heads, fuel injectors, ECM, etc.) Imported, the engine has large torque, strong power, high efficiency, and speed running naturally.

For several months, Shaanxi Steam Cummins has completed the first insurance, but Shaanxi Steam Cummins has not stopped its service. "All are in accordance with the requirements of maintenance, usually there is a problem and a service station to get a call, the service staff will soon be able to come, we pay attention to the timeliness of this car, service is not in place may not be able to send the car at night." The satisfaction of the service is also one of the reasons for Yunda Express to purchase Shaanxi Automobile Cummins.

The communication between the China Truck Network reporter and Yang Zhenbao did not last long because he had to go on the road for transportation. For the current peak period of transportation, with Shaanxi Steam Cummins, I believe that Yang Zhenbao's transportation will be smoother!

The Chinese truck users' car survey and voting activities are in progress. If you want to vote for your favorite engine, please click: http://